http://www.youtube.com/watch?v=9BSmMNN0BaQ
Posted by md abdul quddus pavel at 7:18 PM No comments: Links to this post 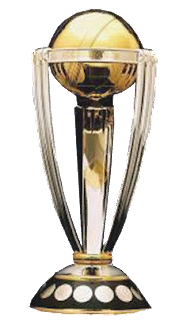 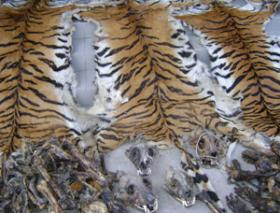 Bagerhat, Feb 16 (bdnews24.com) —
Sundarban officials have recovered three tiger-hides, four skulls, and a large number of bones from Banglabazar village in Sharankhola Upazila. A team, led by Sundarban east portion official Mihir Kumar Do, conducted a raid around 9am on Wednesday and discovered the remains. The team arrested one Jamal Fakir, 38, believed to be linked with the incident. Fakir hails from Rayenda union. Fakir and the recovered tiger remains was taken to the forest department office around midday for questioning. The recovered Royal Bengal Tiger hides were measured to be 10 feet and two inches, nine feet and nine inches, and nine feet three inches long, while the number of 138 bones recovered weighed in at 31 kilograms. Fakir confessed of killing three tigers with the assistance of another 10-12 people. Operation team leader Do told bdnews24.com that the forest officials had been trying to trace the group of tiger hunters over the last last one and half months. Fakir was trapped in a deserted house of Banglabazar village after a false agreement was made to buy the remains from him for Tk 1,670,000. Do said they were initially suspecting that two, among the three hides, might have been of a male tiger and the third that of a female. bdnews24.com/corr/mi/ach/tk/1602h
Posted by md abdul quddus pavel at 4:23 PM 3 comments: Links to this post 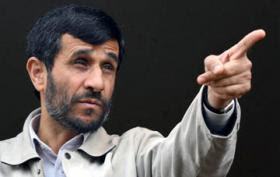 Iran MPs want death penalty for opposition leaders
TEHRAN, Feb 16 (bdnews24.com/Reuters) – Iranian lawmakers urged judiciary on Tuesday to hand out death penalties to opposition leaders for fomenting unrest in the Islamic state after a rally in which one person was killed and dozens were wounded, state media said. Clashes broke out between security forces and protesters when thousands of opposition supporters rallied in sympathy for popular uprisings in Egypt and Tunisia on Monday, reviving mass protests that shook Iran after a presidential vote in 2009. "(Opposition leaders) Mehdi Karroubi and Mirhossein Mousavi are corrupts on earth and should be tried," the official IRNA news agency quoted lawmakers as saying in a statement. The loose term "Corrupt on Earth," a charge which has been leveled at political dissidents in the past, carries the death penalty in the Islamic Iran. Judiciary spokesman Gholamhossein Mohseni-Ejei said: "Those who created public disorder on Monday will be confronted firmly and immediately." Iranian authorities have repeatedly accused opposition leaders of being part of a Western plot to overthrow the Islamic system. The claim has been denied by Mousavi and Karroubi. Parliament speaker Ali Larijani also accused the United States and its allies of providing support to the opposition. "The main aim of Americans was to simulate the recent events in the Middle East in Iran to divert attentions from those countries," Larijani said, state radio reported. Protests against Iran's clerical establishment appeared to have ended and life was back to normal in Tehran streets and other cities on Tuesday. INCREASING PRESSURE But wary of a repeat of the protests in 2009, which saw the biggest unrest since Iran's 1979 Islamic revolution, hardline rulers are expected to step up pressure on the opposition to prevent a new flare-up. The last anti-government protest in Iran was in December 2009 when eight people were killed. At least 20 pro-reform activists were arrested before the protests, opposition websites reported. State television described protesters as "Hypocrites, monarchists, thugs and seditionists." A senior police official said dozens of protesters had been arrested and at least nine policemen were wounded by "hypocrites." "We have information...that America, Britain ad Israel guided the opposition leaders who called for the rally," said deputy police chief Ahmadreza Radan, the semi-official Fars news agency reported. Iran's top authority Supreme Leader Ayatollah Ali Khamenei has called the uprisings in Egypt and Tunisia against secular, Western-allied rulers an "Islamic awakening," akin to the 1979 revolution that overthrew the US-backed shah in Iran. But the opposition say events in Tunisia and Egypt mirror their own protests after the June 2009 vote which they say was rigged to secure President Mahmoud Ahmadinejad's re-election. Authorities deny this. The opposition leaders, who called the protest, were prevented by security forces from participating the rally, Mousavi's website Kaleme reported. Amnesty International, Britain and the United States condemned the authorities' reaction to the protests. bdnews24.com/cr/1045 h.
Posted by md abdul quddus pavel at 4:05 PM 6 comments: Links to this post